We are the largest and longest established operator of upright and open MRI technology in the UK, and the first to offer this alternative form of medical imaging to the general public.

Upright MRI has long been providing upright and open MRI scans in the UK. In fact our first location opened in Central London in 2006, and was followed by a clinic in Leeds in 2012 and Birmingham in 2014.

More recently, in 2016 we became the first MRI operator to allow patients to ‘self-refer’ for an MRI, i.e. without the need of a referral from a GP.

Over the years we have worked hand in hand with the manufacturers of the MRI scanners to ensure the best possible images are obtained, and we have partnered companies on a number of research projects, including British Gymnastics, the FIA (the governing body of motorsport) and a variety of hospital and university departments.

We also hold contracts and agreements with a number of prominent NHS trusts and Clinical Commissioning Groups, and assist many others on an ad-hoc basis. 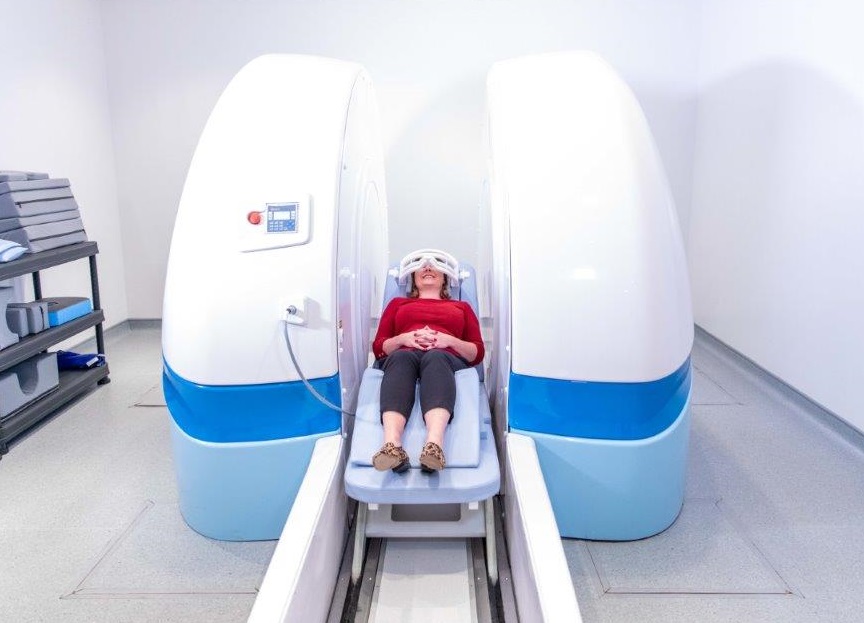 Our FAQ section can answer many of your questions, however if you have a question that is not there or you would like to discuss a diagnostic scan with us then please contact one of our friendly team members at any one of our locations or complete our contact form. We will be pleased to help.

Our staff have a great deal of experience in ensuring that patients’ concerns are addressed, and that they have a comfortable and pleasant experience at our centres. Our consultant radiologists are some of the most experienced and well-regarded MSK and Neuro radiologists in the country. In the years we have been open we have successfully scanned more than 50,000 patients, both directly and those referred to us by over 5,500 medical professionals.

If you choose to come to us for an upright and open MRI scan, you can rest assured that our experience in this area is unmatched.

I am claustrophobic, and this is the first time I’ve been in an upright scanner. It was brilliant compared to ordinary MRIs 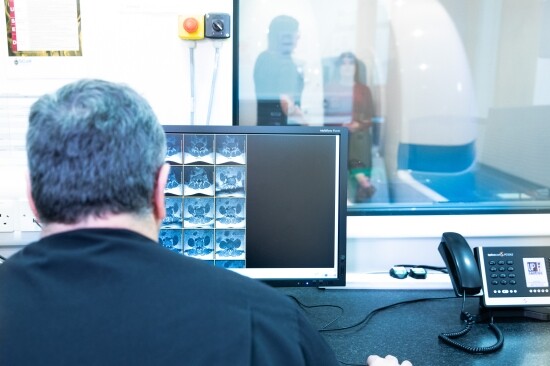 We are the largest and longest established operator of upright and open MRI technology in the UK, and we were the first provider to offer this alternative form of medical imaging to the general public. 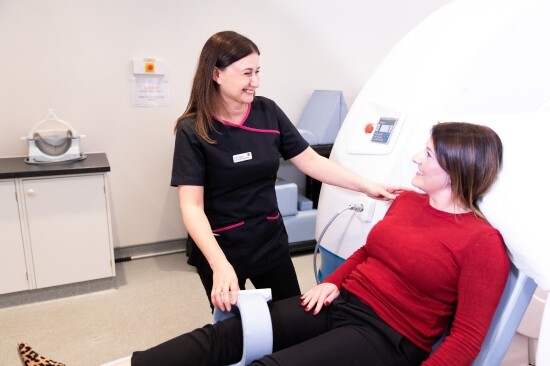 Our staff have a great deal of experience in ensuring that patients’ concerns are addressed, and that they have a comfortable and pleasant experience at our centres. 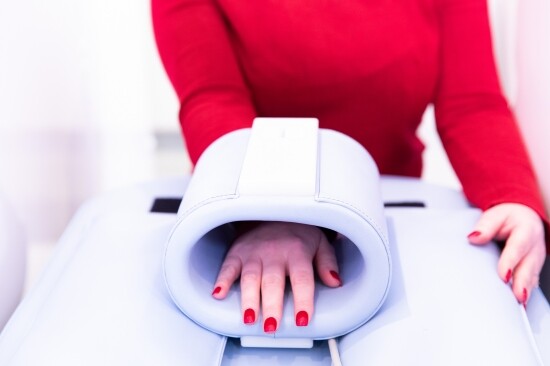 We are the only company worldwide to operate both the Fonar Indomitable 0.6T and Paramed MrOpen 0.5T MRI scanners – the only two fully open MRI scanners designed for weight bearing and positional imaging.

We pride ourselves in having built a fantastic team of highly professional and friendly staff to look after your care. Our Radiologists have vast experience in operating Upright and Open MRI scanners, and we have 18 sub-specialist consultant radiologists able to provide the most informed and informative diagnosis for all patient musculoskeletal and neurological scans.

She originally trained and worked at one of the most prominent medical facilities in India, the Postgraduate Institute of Medical Education and Research. She joined our London centre in 2008, and was appointed as the Superintendent Radiographer in 2010 – and having worked with this technology for almost ten years, is the most experienced upright and open MRI radiographer in the country.

Sarah has over 20 years’ experience in radiography and 18 years’ experience in MRI,working in both the NHS and private sectors. She has been the Superintendent Radiographer at the Birmingham centre since it opened in 2014, and prides herself on her 100% success rate with claustrophobic patients.

Her favourite aspect of the role is taking the time to ensure that each and every patient she sees has the best possible experience.

Barts and the London NHS Trust

Barts and the London NHS Trust

Barts and The London NHS Trust

Please take some time and watch our videos. Hear some patient experiences, and feel calmer after after watching our video about claustophobia and anxiety.

Please do contact us to discuss your requirements.  You can either do this by calling any one of our centres at the numbers below.

We are here to help you on your Health journey.

We opened in London in 2006, and at the time were the first and only company offering open and upright MRI to the general public.

Located in Central London, just off of Oxford Street, we are extremely accessible, and within a few minutes’ walk of both Goodge Street and Tottenham Court Road underground stations.

The Leeds centre opened in 2012, bringing open and upright MRI across North of England.

The centre is located in Tower Court on Armley Road, and we are easily accessible by public transport. Tower Court is less than 2 miles from the City Centre and has ample parking space.

The Birmingham centre opened in 2014, serving those who live across the Midlands and Wales.

We are located on Calthorpe Road, in the heart of the Edgbaston Medical Quarter. Calthorpe Road is 2 miles from Birmingham New Street Station, and has ample parking space.

Our FAQ section can answer many of your questions, however if you have a question that is not there or you would like to discuss a diagnostic scan with us then please contact one of our friendly team members at any one of our locations or complete our contact form. We will be pleased to help.

We pride ourselves on the feedback we have from our Patients. We are rated Excellent on Doctify. Read patient reviews below.

Book an MRI scan directly with us by completing the Self referral form or completing our enquiry form.  We will then contact you to discuss your specific requirements, and confirm the costs with you.

if you are a Referrer wishing to refer a patient complete our Private Patient or NHS Patient Referral forms.

Refer Yourself
Refer A Patient

Speak to the team

Our friendly team members are on hand and will be more than happy to help with any questions that you may have.

This website uses cookies to improve your experience while you navigate through the website. Out of these, the cookies that are categorized as necessary are stored on your browser as they are essential for the working of basic functionalities of the website. We also use third-party cookies that help us analyze and understand how you use this website. These cookies will be stored in your browser only with your consent. You also have the option to opt-out of these cookies. But opting out of some of these cookies may affect your browsing experience.
Necessary Always Enabled
Necessary cookies are absolutely essential for the website to function properly. These cookies ensure basic functionalities and security features of the website, anonymously.
Functional
Functional cookies help to perform certain functionalities like sharing the content of the website on social media platforms, collect feedbacks, and other third-party features.
Performance
Performance cookies are used to understand and analyze the key performance indexes of the website which helps in delivering a better user experience for the visitors.
Analytics
Analytical cookies are used to understand how visitors interact with the website. These cookies help provide information on metrics the number of visitors, bounce rate, traffic source, etc.
Advertisement
Advertisement cookies are used to provide visitors with relevant ads and marketing campaigns. These cookies track visitors across websites and collect information to provide customized ads.
Others
Other uncategorized cookies are those that are being analyzed and have not been classified into a category as yet.
SAVE & ACCEPT
Powered by